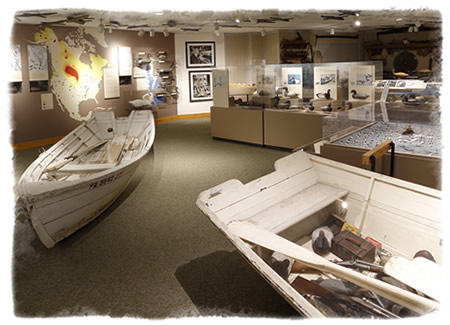 WHAT IS A DECOY

The Museum’s main gallery exhibit “What is a Decoy?” tells the story of an American folk art tradition, recounts how talented men carve “floating sculpture”, and contains examples of working decoys from various flyway regions and why the public has come to appreciate what made Havre de Grace the “Decoy Capital of the World.” 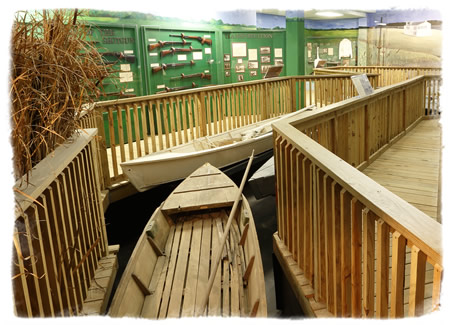 “Gunning the Flats” explores the history of waterfowling on the Susquehanna Flats, an area long noted for its bounty of waterfowl. By the nineteenth century, sportsmen from all over the world came to the Flats to pursue canvasback ducks, and many of Havre de Grace’s citizens supported their families by hunting waterfowl and selling them to Baltimore and Philadelphia restaurants. This exhibit places decoys within their historical context by investigating the tools and techniques used by local hunters throughout the past two centuries for both market and sports hunting. 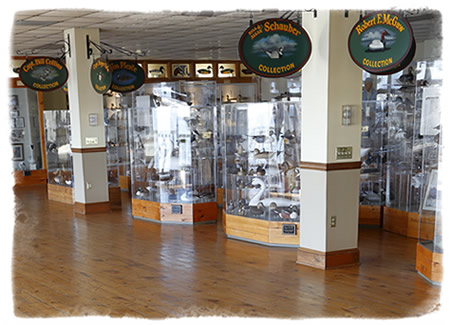 The Decoy Museum recognizes the extraordinary achievements of prominent carvers by naming an Honorary Chairman for its annual festival. The Carvers Gallery presents these masterpieces. Occupying the entire second floor gallery, this exhibit displays a full range of the works of masters such as Steve and Lem Ward, Charlie Bryan, Bob Litzenberg, Paul Gibson, Evans McKinney, and others. Our Carvers Gallery allows visitors to analyze and compare the styles of the area’s great carvers while enjoying the incredible vista of the Susquehanna Flats from the second floor gallery. 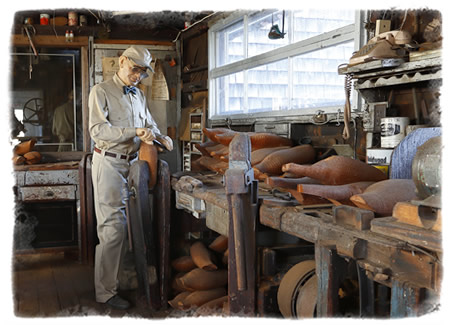 * open only by appointment

R. Madison Mitchell (1901-1993) is universally recognized as one of the masters of the Havre de Grace style of decoy carving. His simple yet elegant style dominated the decoy market for most of the second half of the 20th century and continues to be reflected today in the works of the many carvers who trained with him. The Decoy Museum is honored to exhibit Mr. Mitchell’s original workshop exactly as it appeared during his lifetime.